Posted by -Kamikaze Dan on 10/31/2022
Hello world,What a month! Turns out I'm not that great at screenprinting LOL but we got the job done! All GI & The Idiots LP orders are out the door now and they look alright if I dare say so myself. Shout out to Buster for all the help! We're almost up to date with mailorder, any outstanding orders will get filled out on Monday before Halloween festivities kick off.Actually I don't have a lot to say at the moment. Been particularly busy this month, in a good way. My parents are coming to visit next week, timed so they can catch one of my bands play a particularly large and fun gig, our guys War//Plague's record release show. I think dad's seen almost every band I've played drums in since I was like 15. What a legend! He's the best!!Records!-Dan--------OCTOBER NEW ARRIVALS 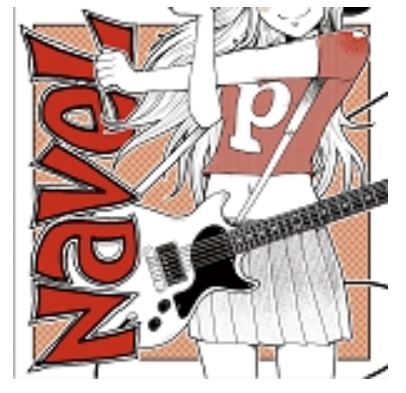 This month I want to highlight a record that I'm particularly excited about but may be on the fringe of our usual wheelhouse. Navel is one of my favorite bands of all time. They've been an essential slice of the soundtrack of my life since I was in college, and hosting them in Minneapolis cemented my complete adoration for them. I went in a many-years die-hard fan, left feeling like "truly Navel is one of the best punk bands of all time". Very few bands are able to not only master their craft, but maintain the razor-sharp edge of mastery for prolonged periods of time. I mean, they've been a band for like 25 years and in Chicago they busted out a random ass track from their first demo tape like they just played it yesterday. I can't think of another band I've dealt with that is so conditioned and fine-tuned.I get that this is just a random ass 2-song flexi but I'm the kind of fan where I'm sitting here like "oh it's so interesting how on this unreleased 2000 version of "Bystander", Takumi does this a different drum intro than on the 2004 album version, and the ending is two beats shorter", you know what I mean? Throw some Zukk artwork on the front (the master!), Anton mastered this fuckin thing (my hardcore family!!!), and this feels like the most essential release of the season for me.Anyway, this Navel 2-song flexi is 2 songs from an aborted 7" single that was to be released here in the USA in 2000."Rainfall" would have been the A-side, a melancholic and sensitive mid-tempo number with many of Navel's best elements: Takumi's busy drum style, Hideyuki's expressive and dense guitar style, emotive and catchy vocal harmonies. It would later find its way onto the 3rd LP, with a WAY bigger and heavier production that I think suits this song nicely, pulls the contrast of the second verse a little better."Bystander" would be on the flip, a short/fast/loud blasting rager that's the sort of song that makes Navel special. Navel is one foot in Leatherface/Snuff/Hooton 3 Car/Broccoli/Servo sense of classic UK pop-punk, one foot in total shit-fi hardcore madness, a finely tuned balance of emotions and attitude. Songs like "Bystander" really accentuate their signature style. It would later find its way as the album closer to the 2nd LP (one of my favorite records ever), with a sharper performance and cleaner production....and with Takumi's signature ping snare LOL.Anyway I guess this release ain't exactly essential in the grand scheme of things. I just wanted to talk about it. =)

This month we got some healthy stacks of metal type records. Whether you're into heavy fuckin metal like this particularly ornate Death SS live 2xLP, gotta bang your head to fuckin thrash like this Oblivion demos LP, or need the fuckin stench of death metal like this Crematorium LP, we got a little something for everyone.This Crucifixion demos LP from Japan made a good impression on me, it practically grinds with its lo-fi sound and relentless attack. But as a punk guy, I gotta give the nod to this The Poisoning EP, which is straight from the school of Gastunk/Poison/Gism school of metalpunk. It's a refreshing take on this style, at once recognizable and informed while also being distinct from other current bands. I was also very happy to hear Torturers' Lobby EP, which seems to pick up right where bands like Horrid Cross and Church Whip left off.

On the punk side of things, we really got a particular spread of South American shit this month. We got unearthed copies of Rasix/Sociedad Violenta split 7", which is very near and dear to my heart, I hold this era of Colombian punk as one of the Top 3 Time and Places For Punk. I had to check my collection, I got this reissue when it came out (I think it's a reissue? or like, an authorized bootleg?), still need an OG if someone's holding.Equally brutal is this Ataque Frontal collection CD. But I'm really curious about stuff like Alerta Roja EP and Los Baraja EP, these Argentinian bands. Argentina doesn't get a lot of credit on the global scene, and while I've got a few reissues in my collection (and a few records on my want list), I feel like I don't have a lot of experience with Argentinian punk.

And we got a good spread of other interesting punk shit from the rest of the world. Lots of hype around Long Knife new LP, and I think "Modern Fatigue" is worth the price of admission alone, now THAT'S a song!!! But I am most chuffed on Hiatus LP reissue and Sedition discography 2xLP, this sort of Euro crustcore is what I grew up with and it's a vision of punk that I really long for now. I can't recommend this shit enough!This is Copenhagen comp LP came and went so insanely fast, I barely even knew it existed, and I can see on Discogs that it's got a price tag now. We got a lil stack of the repress, so if Denmark is your place, get on it while the getting's good!I'm particularly excited about The Sick LP. I bought this album on CD when it came out, and I've always had a soft spot for it. I joke with some of my bandmates that I call this style of punk "clean leather jacket punk", which makes sense to me and I got a whole section of my record collection sorted for bands like this....but everybody else tells me this is nonsense and they do not understand what I'm talking about LOL. Oh well. Anyway, some tremendous songs on this LP.For more commentary on this stuff and more, please scope our Instagram page, where we review choice new arrivals as they come. If it sounds cool when we talk about it, it'll sound even cooler when you hear it streaming on the online store, and even cooler still when you buy the record and slap it on your turntable. --------------on the way for November:GRIND // GRIND // GRINDso much Alchemy Records reissue action, we put a separate section on the webstore for itFun People and Boom Boom Kid stuffmore of the latest Finnish hardcore2 or 3 new SPHC releasesmore More MOREThanks and talk more later.-Dan
Next Post