Posted by -Kamikaze Dan on 12/9/2021
Hello world, First, some brief admin stuff.I was on my annual Thanksgiving trip last week so I'm still catching up on orders that came in while I was gone. Then I got a hefty flurry of orders in the last 24 hours. On top of that, I have company coming and going for the next little bit.This is all to say, everything is running slow right now. Sorry about that. But things are moving out the door at a steady pace, I swear.Also of note, I'll be filling orders up through December 17, after that the webstore will stay up but orders will not be filled until end of January. It's time for my annual year-end trip back home to Baltimore. There will be next to no updates to the webstore during this time. There will be no December mass e-mail. There'll probably be 2 months worth of distro update at the end of January, when I return, and I'll send out a mass e-mail then.Basically, same deal as last year. But with more intention lol.Okay, onto something a little more interesting. While I was in Atlanta I heard a great political insight that had me pause and think more about my stances. Thought I'd share, while I got the platform.I met an acquaintance from the world of punk, which is one of the more amazing things about punk, to be in touch with someone and doing business together for 10+ years and finally meet in real life and discover they are just so cool and fun and delightful, this is some real "network of friends" style shit....But anyway, dude was a middle school teacher for 18 years, and with our education system consistently in news headlines for failing today's youth (feels like there's always a story about illiterate graduates, teachers not allowed to fail anyone, attendance at an all-time low), of course I had to ask his thoughts on this narrative.He said he understood and agreed with the narrative, and that the number one change that could be done to course-correct the situation was to increase wages and lift people out of poverty.That made me sit back and reflect a little. Is it really that simple? He argued that yes, it is, because any changes from within the school system will be inconsequential if the outside culture doesn't change to support it. That when people live in poverty, they're too busy surviving to worry about school. That when the family is stuck in the poverty cycle, parents can't find the space/energy to support their kids as students. (Makes me feel very fortunate that my parents were able to constantly crack the whip on me over school!)I recognize that this is all true....but I suppose I just didn't expect this specific strategy. I figure, problems in our school system, fix the school system. Address the problem at its source. But what really is the source? This is a GREAT example of intersectionality, how problems feed each other. Hard to succeed at school if you're hungry and in-between housing, you know? Schools can do a lot but they can't feed you dinner.On the one hand, this sort of intersectionality comes across as pretty depressing. Societal problems become so complex, and fixing one single problem is like throwing in one big stone against the tide when what you really need is the entire dam.But on the other hand, and what was my interesting takeaway, was the idea that sometimes one single policy change can have a big rippling effect throughout society. If we up the minimum wage to a living wage, that helps resolve a lot of problems....including, potentially, problems in our education system. Should raising the minimum wage be our top priority, in terms of what we're fighting for and pressuring our government to do? Maybe!-Dan--------NOVEMBER NEW ARRIVALS 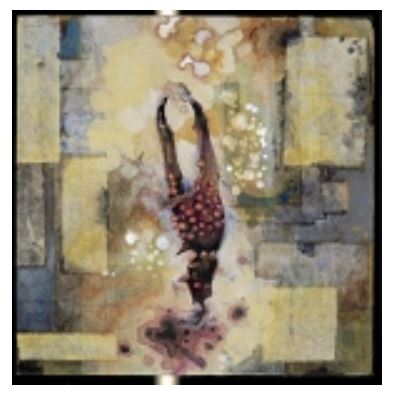 This month, above all the other stuff, I want to put the spotlight on the new Vespera CD. I think there'd be a lot of people into this, but since it's a self-released CD with sort of unassuming packaging, maybe it goes under the radar. But maybe you'd remember their 7" on Kamaset Levyt and Tampere Hardcore from a few years ago?Vespera feature a little bit of an all-star line-up: drummer of DSB, bassist of Macrofarge/Asbestos/Alliance, guitar player of C....pretty fuckin legit pedigree, in my opinion. And they play the sort of European melodic punk that I can't get enough of, in the vein of Post Regiment, La Fraction, The Assassinators, or more recently, Accidente and Morus. I think they're the only Japanese band to attempt this style, and they do it quite fuckin well. They've got the same charged and memorable songwriting, but with a broader dynamic palette, weaving in some heavy grooving mid-tempo parts, some ka-chink-ka-chink up-stroke bouncing parts (not quite a ska part though!). I loved the first CD and I love this new one as well, their first new release in 4 years. I recommend it!

We got some other hot Japanese stuff too! Our Death Side 7"s seem to have evaporated instantly in a way I wasn't expecting, I think we just sold the last one as I type....but I'm hoping we'll get a few more when all is said and done. In the meantime, we still got Hedge Hog LP on FOAD and Information Overload Unit EP on Hardcore Survives (still in the mail but should be arriving any time now), as far as big names go. But personally, as I was discussing on our Instagram, it's the Minority Blues Band/1000 Travels of Jawaharlal split 12" that I cannot stop spinning these days.

As much as I love Japanese punk stuff, I love Polish punk just as much! ESPECIALLY the Siekiera demo LP and live LP. This is some of my favorite punk music of all time, especially Siekiera demo LP is an apex of musical brutality and a direct influence on my stupid old band. I don't want to scoff at the Deuter demos LP though, because "Piosenka O Mojej Generacji" is a top song for me, this shit is basically just as good as Siekiera stuff, just in a different way for being less 'hardcore' and more 'punk'.We also have a few copies left of some of our restocks of the Pajtas Daloljunk comp LPs, documenting the somewhat obscure punk underground of 1980s Hungary.

As much as I love Polish punk stuff, I love South American punk stuff just as much! I was overjoyed to see Autarkia LP come out, this was a much needed vinyl reissue of an incredible slice of Mexican hardcore. You might be overjoyed by Sedicion second LP reissue, another absolute classic of Mexican hardcore. And we should all be chuffed on Ex-Kombro collection LP, one of the essentials of traditional Colombian hardcore, capturing all their recordings (both released and unreleased) into one place.But I also want to put some emphasis on Atropello EP. Debut record of this new Peruvian hardcore band, and with a pedigree like Atrofia Cerebral, Dios Hastio, Kaos General, Futuro Incierto, you can probably guess what this sounds like and have some faith that this is fucking terrific. Short, fast, loud, rough around the edges and tight within the playing, 10 songs in 10 minutes, just a great little hardcore record.

As much as I love South American punk stuff.....well, nah, actually I couldn't say the same about "European punk"....but I could say the same about Sekunda 3xLP!! A complete collection of all recordings of this insane noise attack from Finland. A high point of punk music, to be sure.If you're not as sold on this sort of shit-fi mania, we got all the new D-Takt & Ra Punk releases, like the hyped Anti-Metafor LP and Nukke LP. Personally I am most keen on HHH EP reissue, a personal favorite since high school. Or if it's all just too much noise, maybe something more melodic like Instigators demo and live LP? Remember their records on The Submans' label Bluurg Records?

And finally, if you got one foot in metal like some of us here, maybe you'd be keen on Monastery LP reissue, Hungary's first death metal album, or Mortician first 7" reissue, both straight from the glory years of the early 90s. I know a lot of people love this Pharmacist LP, and their take on Carcass-style gore/deathgrind/whatever. Myself, all I need is this Last Days of Humanity - Putrefaction in Progress LP reissue. Now THAT'S some musical bruality.For more commentary on this stuff and more, please scope our Instagram page, where we review choice new arrivals as they come. If it sounds cool when we talk about it, it'll sound even cooler when you hear it streaming on the online store, and even cooler still when you buy the record and slap it on your turntable. --------------next month:....I am enjoying myself too much to deal with mailorder lol.Thanks and talk more in January.-Dan
Previous Post
Next Post