Posted by -Kamikaze Dan on 7/28/2021
Hello world, Today I'm thinking about fairs. I LOVE FAIRS. Mostly for the food, I love the sights and games and the people watching almost as much, don't like rides but whatever.There's a crew of us going to our local county fair today. I guess the county fair is, by default, smaller and less impressive than the state fairs. The Minneapolis state fair is HUGE, like a small city in and of itself, a thriving ecosystem of cool shit. The Maryland state fair isn't nearly as large, but for me, holds the advantage over Minneapolis state fair for two specific reasons, two activities that are essential to the "fair experience" for me and that the Minneapolis state fair is sorely lacking:The electric bull. Timeless. A good fuckin laugh for everyone. A real man's challenge.The pig races. I love watching them little piggies run. And even more than that, I love gambling on them!!! I've got a good track record with betting on the pigs, I can choose 'em pretty well, and I'm always happy to get a few extra bucks out of my compatriots, which I can turn around and spend on funnel cakes for everyone.Minneapolis state fair has some cool shit, butter sculptures, seed art, and I get that every fair is unique and not everybody's going to have pig races etc....but seriously, I want to see them little pigs skidattle in a circle for treats LOL. I need that shit in my fairs. Having been to the Maryland fair so many times and felt the joy of my pig crossing the finish line....I can feel the void at the Minneapolis fair.The big draw for us at the county fair today is the tractor pull. I've never actually seen a tractor pull. It looks fucking cool though, I'm pretty hyped.I guess the fact that we're all nonchalantly going to a fair means that our attitudes about coronavirus must be pretty relaxed. I kinda feel like, in America, there's an expectation that if you don't have your vaccine yet, that's on you. And once you're vaccinated, you're all good to return to your normal daily life as you know it. But is that really true? My parents talk about the Delta variant, a friend told me he expects it'll run rampant and cause another lockdown. Feels hard to predict. But, we're all vaccinated, so at the moment, we'll try to enjoy the summer.-Dan--------JULY NEW ARRIVALS

This month I want to talk about the Rebel Riot debut EP. You may remember this band as being the subject of the incredible film My Buddha is Punk. If you haven't seen this movie yet, fuck, what are you waiting for??? It's the coolest piece of punk documentation in many years, a really fascinating and inspiring watch.Rebel Riot started in 2007 in Yangon, Myanmar. They've been playing political DIY hardcore in a time and place where screaming "fuck religious rules" is actually a powerful and relevant statement. They've been in the news for their political activism, they've toured Europe with the message of solidarity and freedom, and they've finally made their way onto vinyl with this 7" single, supporting a new album that should be coming soon.The A-side is a proper mid-tempo sing-along epic jam, spreading the message of hope and revolution. "FIGHT FOR YOUR RIGHT. FIGHT FOR YOUR LIFE. THIS IS TIME FOR REVOLUTION."The B-side is two shorter, faster, louder tracks that aren't too distant from something like Aus Rotten. Tunes for mohawk and pogo.This is real punk shit and gets a BIG recommendation!!! 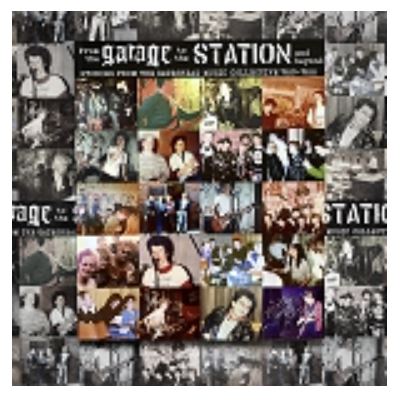 Also want to highlight, we got a few copies left of From The Garage to the Station - Stories From the Gateshead Punk Collective 1980-1988 book! You can feel the enthusiasm and dedication bursting from the seam of this one. A big ass, immaculately constructed, thoroughly detailed reflection of one slice of UK punk history, done in an oral history style from a wide variety of characters and key personalities, with plenty of photo documentation alongside. It covers all your favorite bands: Chaos UK, The Subhumans, Disorder, Conflict, Amebix....Chumbawumba, Eat Shit, Sons of Bad Breath.....but it also covers the human and emotional angle too, the work and resolve and revolutionary spirit at the core of DIY punk at its best. Definitely an essential read for UK punk enthusiasts. Total respect and admiration to Sned for pulling this off!!!

So as we all know, a new Gauze album just dropped. Not sure what the distribution situation is like for the new CD. But, I know what's it like for all the reissued LPs: five monstrous noise stockpiles sitting on my living room floor LOL. All five Gauze LP official reissues on XXX Records, available now.I'm pretty sure everybody already has their own positive opinions on the best punk band ever so I don't know how much I need to wax poetic. My first experience with Gauze was getting the 7" on Prank when I was in high school, then Kao O Aratte Denaoshite Koi CD shortly after. I'll never forget seeing them live in college, 40 songs in 50 minutes, no break all power. Mind-blowing, lived up to the hype and then some. They were also the loudest band I've ever seen live. Bless Sash and Mina for taking care of my stupid ass, I didn't have any earplugs in and my ears were ringing so loudly after the gig I literally couldn't hear them talking to me. I know this is a hot take but personally, I think the fifth LP is the best LP, because it's the most raw and the most crazy. I remember mailordering the CD from Japan immediately upon its release and listening to it for hours straight. I'm basically ready for this new sixth LP to be even better, and that I'll want to set aside a day to just digest it.Best band.

Speaking of best bands...DEZERTER. Not quite as fashionable or as popularly regarded as Gauze, but also a band that has been going strong since 1981. And while I don't think anyone would argue that Dezerter has gotten better over time the way Gauze has, 40 years later they're still fuckin great and I am happy to report that the new Dezerter LP is in stock now. If you've been tracking this band over the years, you know what to expect: catchy, thoughtful midtempo punk with a certain desperation and passion that can't be replicated. I highly recommend this record for fans of this band.If you're not yet a huge Dezerter fan, then I HIGHLY recommend you start with the Dezerter LP reissues we have in stock now. Kolaboracja and Kolaboracja II LPs are some of my all-time favorite music ever. Actually I think Dezerter might be the band with the most records in my collection (coming in with 12 LPs, 2 2xLPs, 3 7"s....still need an OG copy of Blasfemia LP, if anybody's holding).If you're already all caught up on Dezerter, we've got a few other 80s Polish reissues in stock now as well, such as the raw and catchy Patologica Ciazy LP. Personally, I cannot get enough of this era of Polish punk stuff!

We got a giant box of the latest FOAD stuff. I know there's some anticipation around Military Shadow LP, with their perfected metalpunk style. But I'm fuckin happy for Sarushibai/Manbiki Chocolate split 12", I know this has been in the works for a bit and ahhhh I'm always full of joy when friends get cool releases. =)We also stocked back up on Rosenfeld demo LP in case anybody missed out the first time around, and on Nuctemeron collection LP because I seriously underestimated how fucking awesome this shit is and didn't order enough the first time around! HIGHLY RECOMMENDED!!!!

We got a whole spread of all the latest raw punk shit from around the world. We're almost out of Mueco EPs, and I know there's a lot of discussion about Zodiak EP and split 7" with Disease. But personally, I'm most excited to rediscover Giftgas Attack LP reissue, which I remember all my friends being into at the time yet somehow I never actually heard. And I'm also super stoked on Smell Corpses EP, total noise-not-music d-beat destruction from small town Thailand!! You already know, if you're into this shit, and you know you're into this shit, you need this!!!!

We got the usual spread of punk shit from around the world. If you liked the unorthodox Pisser LP I released, maybe you'd have an interest in the even more bizarre Pisser remixes LP that just came out. I know there's been some discussion on the Discord about new Meth Leppard split 7" and there's been a lot of interest in Tomar Control LPs. But personally, my summer soundtrack is the hardcore radikal of the HHH demo LP. 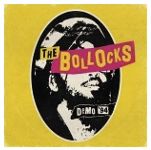 And finally, we have a new release on SPHC. The Bollocks 94 demo reissue. One of the most important pieces of southeast Asian punk history, which, you know, makes it one of the most important parts of punk history in general. Feeling a lot of pride with this one. While the first vinyl version, released in France in 1996, was southeast Asia's first DIY punk record, I think this piece of punk history still sits in obscurity for a lot of people. So I hope a good vinyl reissue will help with that.But I don't think we made enough lol, because the other label involved sold out of their copies in 1 day and I imagine mine will go quickly too. So please holler at me fast for mailorde/trade/wholesale/whatever!For more commentary on this stuff and more, please scope our Instagram page, where we review choice new arrivals as they come. If it sounds cool when we talk about it, it'll sound even cooler when you hear it streaming on the online store, and even cooler still when you buy the record and slap it on your turntable. --------------next month:-another big box of the latest Japanese hardcore/crust/grind-plenty of power violenceand more more more !!Thanks and talk more in August.-Dan
Previous Post
Next Post