Posted by -Kamikaze Dan on 10/1/2021
Hello world, Kind of a short one today, squeezing in at the last second. Busy month over here, the podcast I'm a part of hosted a panel at our local nerd convention, and then Hannah and I spent a good chunk of the month back in Baltimore. I've been updating the webstore sporadically and a lot of the hottest items have already sold out. And a lot more hot items are still coming in the mail and just haven't arrived in time for this specific update. So, this one feels a little slim, sorry.Hannah and I leave for Portland later this week, recording with one of my bands + visiting her friends, so please have patience for e-mails and mailing stuff out and such. Thank you! 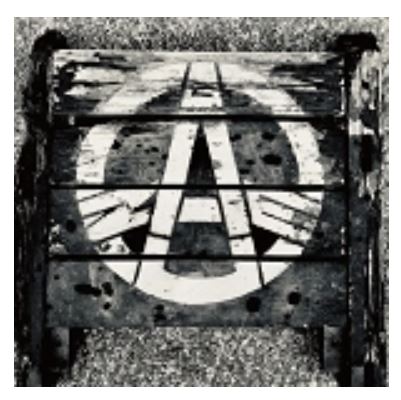 Well, like everywhere else, we sold out of our copies of new Gauze CD pretty quickly, but I still want to wax poetic about one of my all-time favorite bands. Was it really 14 years ago now that I bought the 5th album on CD in Japan and barely listened to anything else for the following couple weeks? But time hasn't slowed down Gauze whatsoever. With all power, without break, Gauze never change but continue to evolve their signature style of hardcore in fascinating directions.As with the 3rd, 4th, and 5th LPs, we continue to see Gauze throw in 10 tracks (clearly the correct number of songs for a full album) of blitzkrieg hardcore, whirlwind arrangements, wild guitar style, nonstop momentum, surprisingly intricate vocal arrangements. From the 1980s to the 2020s, Gauze continues to further sharpen their attack, get noisier, get crazier, honing their blade with every step forward.This 6th LP sees this process continue BUT, in a slightly new twist. The production is a little less noise, a little more clear than the 5th LP (side note, I wish the guitar was louder in the mix, I swear this CD does not sound correct unless I'm BLASTING it in my car). The songs are like....strangely sing-songy, because of some of the vaguely melodic vocals. The first song is the biggest example of this, and also makes it a terrific opening track much like the somewhat mid-tempo opener of the 5th LP, but also track 3 for sure, that subtle vocal hook in the chorus of track 4, and tracks 7 and 8 too.....well, I don't want to make it sound like our guys suddenly made a pop-punk record or something, but like, compare it to the absolute savagery of the 4th and 5th LPs and I think you'll hear what I mean. It's oddly catchy in a very cool way, and that's a great direction for them to lean into.Anyway, this may or may not be the best punk record of the year (except it is duh), but for me, it's the most important and most exciting.Who else can compare to 40 continuous years of Gauze?Dezerter for sure, who are still great in my opinion but have never been a fast band so it's perhaps less impressive compared to Gauze still playing faster than most bands half their age.Ratos de Porao, still good but lots of line-up changes and a bit of style shifting with the timesTerveet Kadet, so close! and like Gauze, still did their thing and still terrific at it! But didn't quite make it to the 40 mark.Riistetyt, although like RdP, lots of line-up changes and a bit of style shifting with the timesKohu-63..... ...... .....maybe not.40 years of nothing but pure hardcore adrenaline, fuck, not a lot of people in this world can even come close to something like that. Truly the best band.-Dan--------AUGUST NEW ARRIVALS 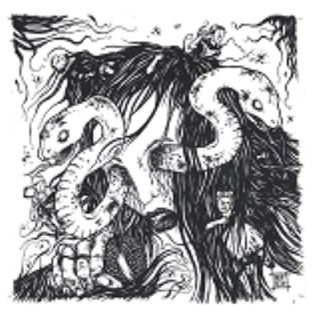 This month, I wanted to highlight something that....is a restock LOL. But seriously, this No No No LP absolutely knocked me the fuck out in a way I wasn't expecting. Like a fully updated version of The Comes, the same reckless sound, furious attitude, and raging momentum, but with a more modern execution that, to me, has one foot in 625-style thrash. Played with that janky clean guitar that only adds to the loose and hectic sound, with some slower and darker and slightly melodic tracks interspersed among all the in-the-red attack tracks, quiet guitar interlude that's heavy on the mood, overall it's a very dynamic and intriguing listening experience that's a cut above what other hardcore bands are doing at this point, especially other hardcore bands that play as reckless and snotty as this. Brilliant!The band also namedrops Himei, fuck, remember that 7" from a few years ago? I'd have to spin mine again, cause I don't lol.This record comes packaged in a swanky gatefold jacket that's brimming with atmosphere and attitude, multiple inserts and everything is packed with art that's so expressive and intriguing. It all works to suck you into the world of No No No.In conclusion, this record is the 'full package' as they say and it is HIGHLY RECOMMENDED!!!!! One of the top 5 records of 2021 for me, without a doubt.We blew through our first box of copies and there were a few people asking so I went ahead and got more. But these were the last copies from the label, so go for it now or cry later.

For the hardcore believers, a lot of people are so hyped on Colombian shit these days so maybe you've got an interest in Systema LP. Personally, I am a little more hyped on Chilean shit I guess, and I thought the Pesadilla flexi was several different levels of GREAT. Based on their hit records on Iron Lung, probably there's an interest in the new Daudyflin/X2000 split tape. But I also want to draw attention to Total Jerks/Boycott Sentence split 7". Boycott Sentence side is great USHC-style from Japan, but the vinyl debut of Total Jerks really gets me excited. This Indonesian band plays killer clean guitar USHC style, similar to the recent Milk EP but a bit less frantic and a little more tough. This band is the total package, from song to production to art. Personally, I think this is the best Indonesian band of the last few years....or wait, maybe that'd be Masakre? or Braincell??

For the stench as fuck, we got more copies of Goatworshipper 2xLP. This was Kawakami (Disclose) harsh noise side project, a vinyl version of the CD released on Dan-Doh in the mid-2000s. Personally I think it's worth it for the Disclose connection alone...but also, this stands well as a harsh noise record on its own merits. I know there's been a lot of hype around Instinct? demo LP, we sold through a bunch of the tapes but of course who wouldn't want to upgrade to a vinyl version? But personally, I've been listening to Ataraxia CD in the car nonstop, a proper brutal mix of Doom, Discharge, and Sacrilege wrapped up in that fuzz that screams 'Japanese noise not music'.

And finally, for those with a need for speed, fuck, have we got something good for you. Introducing Serpents Anus demo tape, the new blackened noisecore band from CSMD and Nekromantiker folks. This is GREAT, in my world this is the hottest new band in a moment! Look out for some vinyl soon!! We only got a few copies of it though, so if you miss out on that, may I suggest Haigan CD, following up on their previous album on Vis A Vis (the label of Gerogerogegege) with 20 tracks of insane noise bedlam madness. A 7 member band, 3 vocalists, you know this shit is nuts!! And if you need more weirdo speed noise, you gotta get hip to Suffering Luna/Chest Pain split 7". The first new Suffering Luna material in about 5 years I think? And just as good as ever! For more commentary on this stuff and more, please scope our Instagram page, where we review choice new arrivals as they come. If it sounds cool when we talk about it, it'll sound even cooler when you hear it streaming on the online store, and even cooler still when you buy the record and slap it on your turntable. --------------next month:-big ass box of oi from Spain-all the latest and greatest hardcore from Colombia, Brazil, Sweden, Greece-GREEK CRUST-more Japanese shit-more grindcoreand more more more !!Thanks and talk more in September.-Dan
Previous Post
Next Post