Posted by -Kamikaze Dan on 4/27/2021
Hello world, This month was a bit late in going out because shit's been too wild up here in Minneapolis these last two weeks! There was another high-profile murder by police in a Minneapolis suburb. A horrific story. I put a pause on punk shit because I was out on the streets protesting every night.This round of protest experience has resulted in some crazy stories but I'd like to share one particular observation I've been reflecting on. What's really the difference between "a night of peaceful protesting" compared to a "violent night of chaos"?Last week, I was at the protest night after night, and I don't think anything about the protesters ever really changed. Big crowd of people with signs, jeering at police and national guard, and every once in awhile someone would throw a water bottle to be reprimanded by someone on a loudspeaker going "STOP THROWING SHIT". Relatively calm and standard-fare stuff. "A night of peaceful protesting".But police response to this was totally arbitrary and (I've concluded) unrelated to what protesters do. Some nights, the police did nothing and it was completely peaceful and everybody kinda dispersed on their own by 11/midnight. Other nights, police were acting hyper-aggressive from the drop, jamming cell signals, firing tons of munitions, laying down so much tear gas that the residents across the street had to vacate the apartment complexes, arresting media and kettling protesters in the blink of an eye. "A violent night of chaos".Nothing about the protesters changed night to night. There was never any big moment of provocation or escalation. Just, as far as I could tell, cops randomly decide "tonight we do nothing" "tonight we arrest everybody and then march around all night" "tonight we don't arrest everybody but make sure you use up this box of flashbangs". Honestly, I'm 100% convinced that these decisions are planned in advance. Which, to me, also begs the question, are we actually "applying pressure to the system" by getting out on the streets like this? Do cops like, even care that people are protesting? Are they bothered at all by having to go through these motions? Or is it just a grand ol' time to get out there and use the fun toys, flex the muscles, a chance to see if the strategy they thought up actually works?At the same time, I do believe that we only saw a Chauvin trial and conviction because of nonstop protesting last summer, so the evidence says this kind of direct action is effective and worthwhile.Well, I don't really have the answers, I've just been thinking about it.I really wish the media would make the angle more apparent: if cops don't start no shit, there won't be no shit. In my experiences through Baltimore and Minneapolis, that holds true in 90% of cases.Anyway, now that the dust has kinda settled for the moment....RECORDS.-Dan--------APRIL NEW ARRIVALS 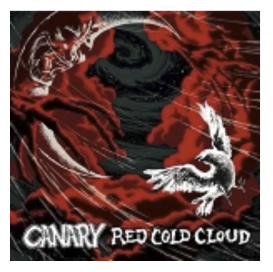 This month I want to highlight this Canary CD. I want to highlight it because it completely took me by surprise. The label description (run through the translator) didn't really catch my eye, and like a lot of Japanese bands, the band name is a tad unassuming by American standards. But I'm still in the mode of blind-buying everything of this ilk because, as Morgan and I joke, "5 song Japanese hardcore CDs that cost $25 is my favorite subgenre of punk", and Illya guys told me this shit is great, so I bought a stack.Hot damn, this CD really is GREAT. Absolutely blistering traditional Japanese hardcore, picture-perfect for the genre. The big ballsy riffing of LipCream, the wild reckless velocity of Nightmare, the scathing aggression of Warhead. I know people often remark that the golden age of this style of stuff is over, there's no younger bands doing it, etc....well, here's one for you, fuck.I don't know anything about this band really but I hope they do more!!!!

Speaking of Japanese stuff, we got a nice big box of a nice variety of Japanese punk CDs, tapes, and records. If you dig the Confront records on General Speech and Not Very Nice a few years ago, you'll be pumped on their latest release, Confront/? -MI·NA·GI- split CD. We got a few copies of Save the Voice comp 2xCD with unreleased Gauze and Warhead tracks but my bandmates snatched half of them up already. On the more mellow side, we got all the latest releases by my favorite current punk band, Sun Children Sun. And if you dug the Sleeping Aides & Razorblades 10" we stocked awhile ago, I'm sure you'll dig their side band Arcadian Starship LP, less blazing guitar solo and more quirky keyboard.Not from the big box but I also want to shout out Abizmo demo tape cause I thought this was particularly great raw hardcore.

I stocked a bunch of metal records for my friends and put the leftovers up on the site. I don't really know metal but....is Nuctemeron LP actually a metal record? I think the angle is that this is pre- a bunch of cool black metal bands, but this is essentially the style of 90s Brazilian noisecore that I worship and adore. Fucking AMAZING shit. Highly recommended!!!!

I received a pleasant grab-bag of random ass Finnish punk shit. A lot of this stuff was totally unknown to me, so it was fun to sift through. One that caught my attention was Uutiset Ja Sää EP, a reissue of the first ever Finnish punk demo tape, from July 1977. We also restocked the Backlash LP from a few years ago, if you loved the 7"s we released for them earlier this year than for sure you need the LP too. An absolute fuckin smasher.

And, of course, we have the usual spread of punk, hardcore, grind, from USA and the world beyond. I know everyone is really hyped on Alambrada EP and Horrendous 3D EP, and I am too, but also, I can't fuckin help it, I'm soooo pumped on new Active Minds EP and new Seein Red split 7". Two of the best punk bands of all time and two bands truly worth owning every record by. Awe-inspiring consistency from each, and both of these records are wonderful examples of what they do. I can't get enough. 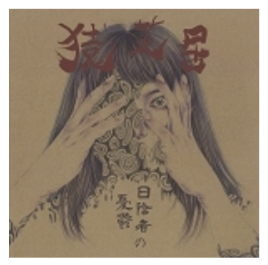 And finally.....my own little label has a new release: Sarushibai LP. Thrilling and distinct Japanese PUNK, the obvious comparisons being The Stalin and ADK Records stuff like Aburadako, Kikeiji, LSD.....but I think it's a tad unfair to say this record sounds like any specific thing because it really has a sound all its own. "Come and listen to the one and only world Sarushibai has created!"For more commentary on this stuff and more, please scope our Instagram page, where we review choice new arrivals as they come. If it sounds cool when we talk about it, it'll sound even cooler when you hear it streaming on the online store, and even cooler still when you buy the record and slap it on your turntable. --------------next month:-giant spread of reissues from Hungary, Russia, Poland-another big box of Japanese stuffand more more more !!Thanks and talk more in May.-Dan
Previous Post
Next Post